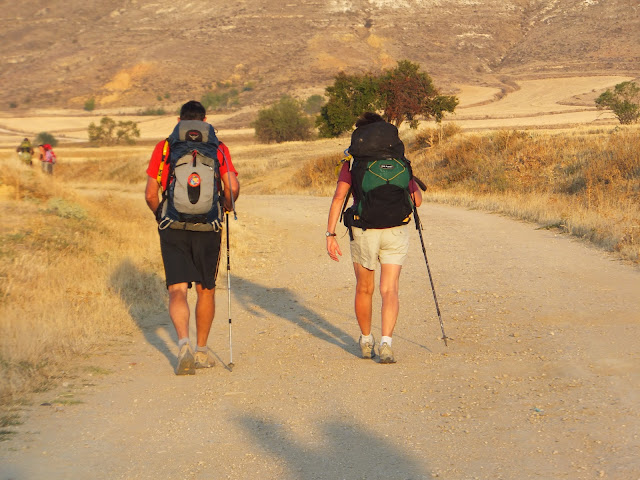 Leonie and I had the good fortune of combining our holidays and part sabbatical through the generosity of the Parish, to visit Europe for the first time. In fact our nine week journey was a first in so many ways.

From flying in big aeroplanes, (one flight for 13 straight hours), negotiating huge airports with their own internal transport, fleeing the Paris Metro after just two stops, to acknowledging: “Yes sir, that’s my flight bag….oh, I packed our kitchen knife in it?” 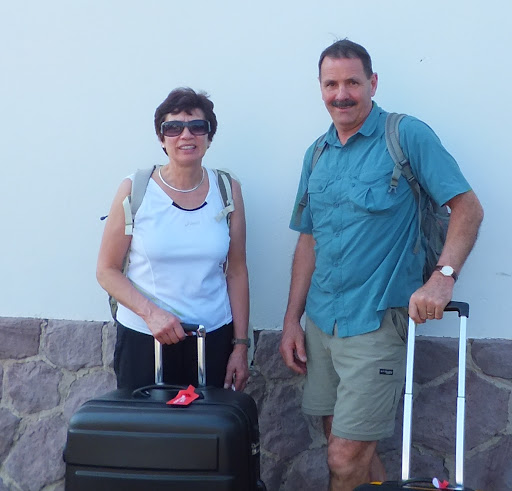 We passed through six countries; one taking nine weeks, others just an overnight stay. 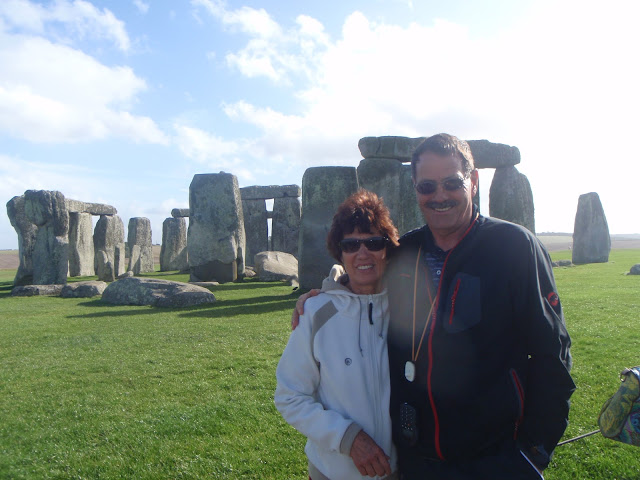 Leonie and Steve Kimberley at Stonehenge

Walking across the north of Spain on El Camino de Santiago (The Way of St James), covering 880 kilometres was an an unbelievable experience of new sights, cultures, language and self awareness: try sleeping in a community with anything from 12 to 100 others every night for 34 days.

No wire fences, but cowbells for the animals; huge stone churches and cathedrals in every town and city; church bells ringing out every quarter hour, 24 hours a day; and driving on the righthand side of the road.

Every building was made of stone. History wasn’t just 200 years old – more like 2,000 years. Some of the roads we walked on were the original stone roads built by the Romans in the first century, apparently with three metre deep foundations if there was no bedrock. 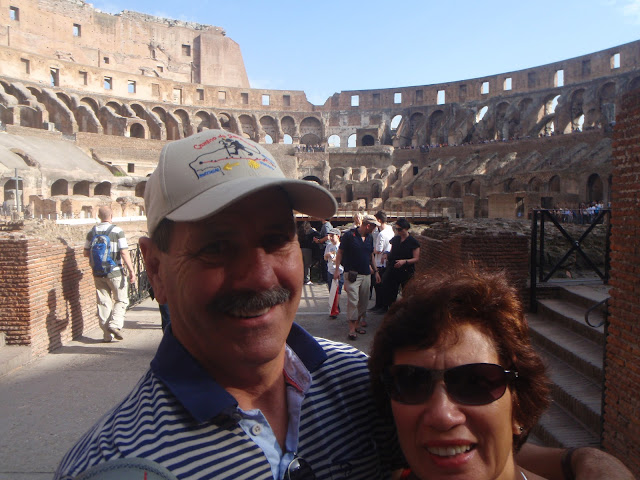 Steve and Leonie Kimberley at the Colosseum

Six countries visited and six different languages. It got to the stage we didn’t know if we should look left or right at intersections and found ourselves replying to questions in the language of the previous country.

If Spain was old, then England and Italy were more of the same.

But Israel topped them all, as we viewed ancient 3-4,000 year old ruins buried 60-100 metres deep by successive cultures who simply pulled down the previous city and rebuilt on top.

And of course there is the city of Jerusalem, a city of struggles, not just to survive, but rather peoples vying to make it their own for all sorts of reasons.

Have Leonie and I changed for all our experiences? We would both say emphatically, yes!

How much? I would like to say continuously and for ever, if we but let ourselves take the time to reflect on all of our trip.

I sent someone a postcard that said something like this:

“Experiences don’t change us, rather what we take from them.”

It is going to be important that we take the time to reflect on all the experiences we had, so we can move on, the richer for them.

“Before a new chapter is begun, the old one has to be finished. Stop being who you were, and change into who you are now.”

I have been reflecting on this since returning and recall a comment by my new spiritual director just before we left. In our first session he asked me to tell him who I was. His summary was a one liner, “You like living in the past!” I was somewhat stunned by the reply; after all he did ask me who I was, and my past is part of that. But he was more interested in how I see myself now!

Living in the past?

Walking for 34 days continuously, some days covering over 40km, gave me a lot of time for me to reflect on who I am now. Have I turned over the chapter(s) of my life’s experiences and moved on, or remained addicted to my past?

Join with me and reflect on the centrality of Jesus to our life. Are we still living in the past or still evolving? Are we still only really connecting with our old friends, religiously protecting the way we operate our particular church, hoping for the next revival, busy with programmes, even compassionate social services, but forgetting it is more, more about who we are becoming in Christ today?

Is it painful to even consider we might be still living in the past?

Are we more inclusive, tolerant, accepting, responsible, without gossip, free of judgment on fellow Christians and our neighbour, more Christ-like and loving to all of God’s creation than ever before?

Sadly, yet with confidence, I am going to turn another chapter in my life with Jesus to be the richer for it, but better still, a greater blessing to others.

Let us be inspired by the words of the Apostle Paul:

“My life is worth nothing unless I use it for finishing the work assigned me by the Lord.”(Acts 20:24)

Notice that it’s a commitment to a future goal – one we don’t make ourselves – rather one we are called to, just as Jesus humbled himself and came into our world, naked, vulnerable and alone.