The Anglican Parish of Masterton is a large urban/rural parish, with four worship centres at:

A simple celebration of the Eucharist from the New Zealand Prayer Book, with hymns and a sermon.

Coffee and tea is served after the service.

A lively worship service with modern music, led by a music group.  Lots of singing and congregational participation in the service. Programmes for primary school-age and pre-schoolers are held concurrently with the service.

Morning tea and fellowship is served in the church foyer (narthex) after the service. 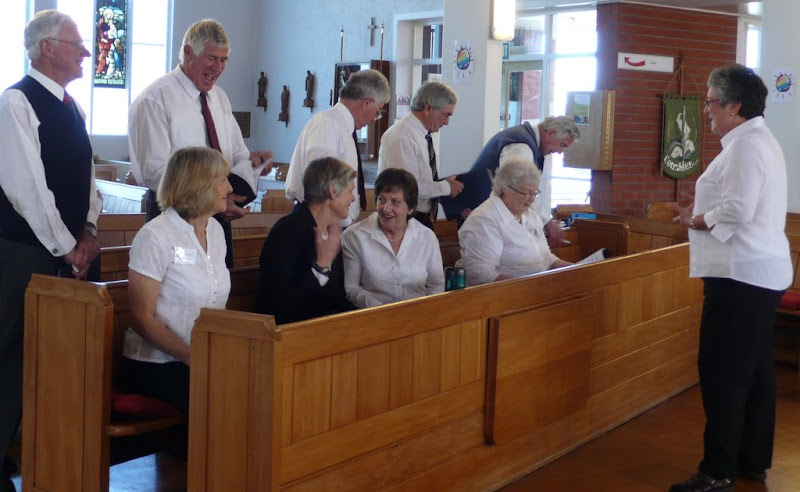 Evensong Choir rehearsing before a service.

On the third Sunday of each month Choral Evensong is sung by the Evensong Choir, using the Book of Common Prayer Evensong, which has remained largely unchanged for 400 years. The Ferial responses are used, the psalm is sung, together with an anthem.

On the first Sunday in each second month a Healing Service is held to which anyone in need of healing and support is welcome.

Held in the Narthex (the foyer of St Matthew’s) this informal mid-week service is popular with older folk.

St Andrew’s in the Paddock

10 am Celebration of the Eucharist

Second, fourth and fifth Sundays of each month

Eucharist, with a strongly liturgical focus, led by the Rev’d Liz Greville. Services include the finest hymns from the Anglican tradition and modern writers such as Shirley Murray and Colin Gibson.

St Andrew’s in the Paddock is also the home of the Catechesis of the Good Shepherd.  Read more on St Andrew’s website.

First Sunday of each month 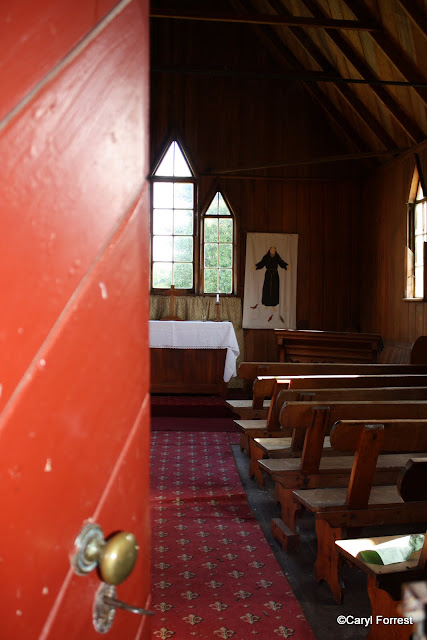 On the third Sunday of each month a Eucharist is led by the Rev’d Liz Greville, assisted by Lay Minister Anne Kershaw, in the little Church of St Francis, built in 1875. View more photos and read about the history of St Francis and current activity here

Being Anglican means we are part of a world-wide family of churches. Anglicans therefore can find a familiar spiritual home in Anglican churches anywhere in the world. In the USA Anglicans are known as Episcopalians.

Being part of a church wider than just our parish means we have access to a variety of cultures, programmes, training events and other resources.

As Anglicans, our origins are with the Church of England. In the 16th century the Church of England broke its links with the Roman Catholic Church. The reasons for this with both political and religious. Political factors included problems of succession in the royal family and the independence of the national church.

There were also new ideas arising out of the Reformation which was taking place in the European church. These included worship in the language of the people, more involvement of lay people and use of the English translation of the Bible. Anglicans opted for a “middle way” between Rome and the more radical reformers like Calvin and Zwingli.

Every effort was made to include Christians of widely differing opinions within the one church. Even today there are varied expressions of Anglicanism.

The nineteenth century missionary expansion, coinciding with the development of the British Empire, spread Anglicanism throughout the world. The first New Zealand missionaries arrived in the Bay of Islands in 1817.

We are proud to be part of this tradition and to interpret it for our own time and context.

Adapted with thanks from Onslow Parish.